Newsletter: The Potential and Limitations of Image Flow Cytometry 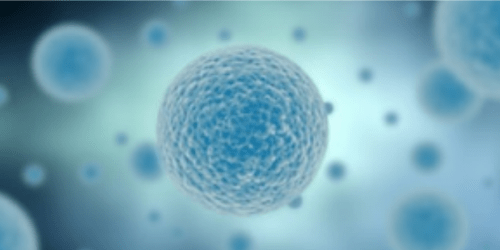 Image flow cytometry (IFC) is a technique that combines fluorescent immunostaining and microfluidics with powerful digital imaging software. Like flow cytometers, image cytometers analyze heterogeneous cell populations across multiple parameters in a high-throughput workflow. However, image cytometers also provide spatial resolution to provide context on where each signal is localized within the cell. IFC has become a common technique for a wide variety of research applications. Here we examine the main reasons for, and potential solutions to, IFC’s limited use in clinical and diagnostic applications. Modern IFC was developed as digital cameras first became available in the 1980s. Cytometrists immediately saw the potential of this cellular analysis technique and predicted that it would revolutionize clinical sample analysis. In 1988, Dr. Brian Mayall wrote, “Image cytometry, when used as an adjunct to conventional pathodiagnosis and clinical evaluation, will provide pathologists and clinicians with a technique of great diagnostic power”.Yet while IFC has since been adapted to a wide range of research and pre-clinical applications, its adoption in clinical labs remains limited. In 2018, researchers at the Broad Institute explained, “Many potential clinical uses of IFC are conceivable… Despite this promise, IFC is currently primarily used in research rather than clinical practice”. So, why has IFC failed to fulfill the promise of widespread clinical use over the past 30 years? Put simply – speed. While research labs often have the luxury of time to run in-depth experiments, clinical labs typically need to gather and analyze data rapidly from limited samples, across large numbers of patients. This has made flow cytometry, which can traditionally be run and analyzed at much faster rates, the preferred assay in clinical settings.

Analytical throughput
Until recently, image cytometers have been limited to analytical throughput speeds of 2000-3000 cells per second at 20x magnification, which is 10-100 times slower than traditional flow cytometers. However, new developments in automated high-throughput imaging cytometers are now allowing researchers to analyze up to 60,000 cells per second. Another new method called optofluidic time-stretch microscopy allows for “high-throughput single-cell image acquisition with sub-micrometer resolution at >10,000 cells per second”. Reducing this difference in run-rate will allow clinical labs to consider using IFC to gather more accurate data on patient samples in a similar timeframe to current flow cytometry assays.

Data analysis
As seen in the previous section, imaging cytometer technology has advanced rapidly over the past decades. However, these data gathering improvements have largely outpaced the development of the corresponding analysis software necessary to make efficient use of the data collected. Imaging flow cytometers capture images of thousands of cells per second, but until recently IFC data analysis has relied on manual comparison by specialists to identify patterns in cell variability. This expensive and time-consuming bottleneck has made IFC unsuitable for most clinical applications. Researchers are now applying artificial intelligence techniques to improve IFC data analysis software. For example, the NSF BBSRC Imaging Flow Cytometry Project aims to develop advanced machine-learning software to mine IFC data. The group has successfully demonstrated an open-source image processing software, CellProfiler, which allows hundreds of morphological features to be measured and analyzed using machine learning, tree classification, neural networks, and clustering. This analysis method even allows for fluorescent label-free analysis by applying supervised machine learning to identify morphological features from both brightfield and darkfield cell images. In conclusion, recent developments in IFC instrumentation and analysis software are significantly improving the speed at which cells can be both imaged and analyzed. This has IFC poised to finally make the transition to widespread clinical applications. FluoroFinder supports IFC by enabling researchers to design optimal panels with over 700 fluorochromes and over 2 million antibodies on Imaging Flow Cytometers such as the Amnis Image Flow Cytometers.