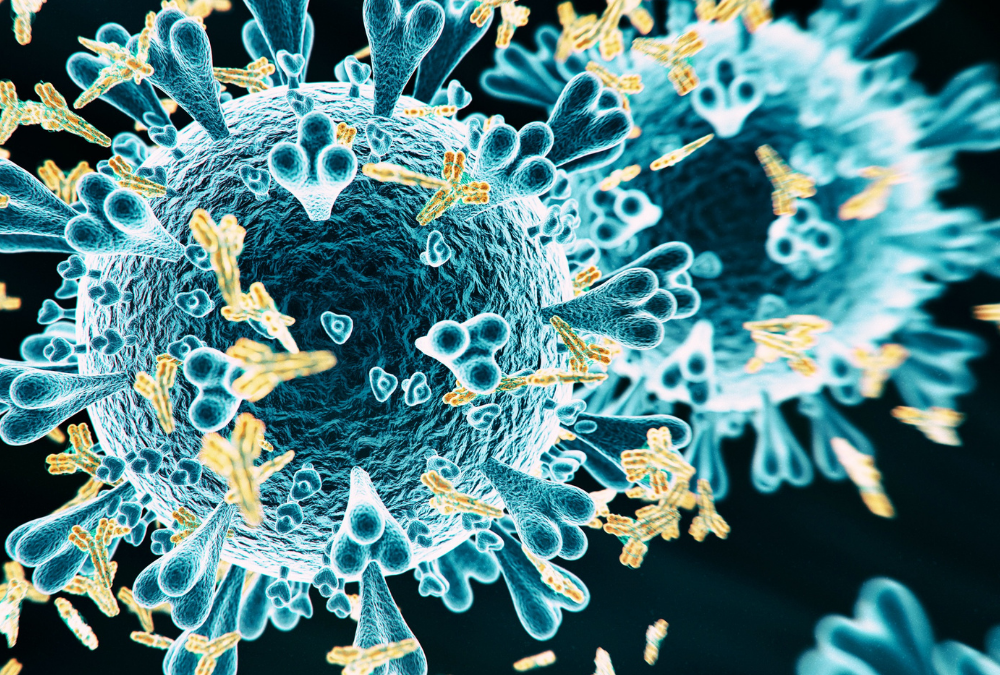 Recombinant antibodies have many advantages over conventional antibody reagents. These include exceptional batch-to-batch reproducibility, highly scalable in vitro production, and the capacity for improved antibody performance through engineering. Demand for recombinant antibodies has risen steeply in recent years, not least within the realm of flow cytometry, where they are used to reduce background signal, shorten workflows, and increase the flexibility of panel design. Here, we explain how recombinant antibodies differ from regular antibodies and highlight some key products that are being used to improve the quality of flow cytometry data.

The main way in which recombinant antibodies differ from conventional antibodies regards their production. Both conventional polyclonal and monoclonal antibodies are produced by immunizing an animal to stimulate B-cell proliferation, with polyclonals subsequently being purified from the blood and monoclonals being generated by fusing B-cells with myeloma cells to form hybridoma. In contrast, recombinant antibody production involves cloning antibody genes (discovered by recombinant methods such as phage-display or identified by sequencing hybridomas) into expression vectors and introducing them into expression hosts for large-scale antibody manufacturing. As well as condensing timelines for antibody production, recombinant approaches have been fundamental in reducing the use of animals for research.

The advantages and disadvantages of conventional antibodies are well known. Briefly, polyclonals are relatively quick and inexpensive to produce, typically work in a broad range of applications (due to their heterogeneity), and are more readily generated against challenging targets such as small peptide antigens. However, polyclonals are available in only limited quantities (corresponding to the lifetime of the host animal), can be prone to off-target binding, and display considerable lot-to-lot variability. Monoclonals are highly specific, demonstrate consistent performance, and guarantee long-term supply. Yet the time-consuming nature of developing monoclonal antibodies is often reflected in their price.

Recombinant antibodies share many of the advantages of conventional polyclonals and monoclonals, while also benefiting from several unique features that further enhance their value to scientific research. First, because the antibody sequence is known, the risk of clonal drift or mutations (frequently associated with hybridoma production and/or storage) can be avoided. In turn, better-characterized antibody reagents help reduce the number of validation studies that must be performed in-house. Additionally, recombinant antibodies provide countless opportunities for engineering to overcome common immunoassay problems and streamline experimental design.

Background fluorescence presents a major challenge for flow cytometry, where it can be misinterpreted as a positive result or can mask the detection of a rare target. Although unwanted background signal can arise from cellular autofluorescence or spectral overlap, it often occurs when antibodies bind to epitopes other than the target of interest. To address this issue, monoclonals have long been preferred to polyclonals for flow cytometry due to their greater specificity. However, conventional monoclonals are gradually being superseded by recombinant antibodies. One reason for this is that recombinant antibodies increase researchers’ confidence in data by being more highly characterized. Recombinant antibodies also enable more consistent fluorochrome conjugation by virtue of their standardized production; production methods that avoid the presence of additional antibody heavy and light chains (that are present in >30% of hybridoma-derived monoclonals) ensure the fluorescent signal is stable from batch to batch.

Another way in which recombinant technology helps to reduce background signal is by negating antibody binding to Fc receptors expressed on the surface of various immune cells. Although Fc receptor binding can be avoided by using a dedicated blocking reagent, this adds an extra step into flow cytometry staining protocols. A more efficient approach is to use engineered recombinant antibodies containing a mutated Fc region. Examples include Absolute Antibody’s Fc Silent™ antibodies and Miltenyi Biotec’s REAfinity Recombinant Antibodies; Fc Silent™ antibodies are based on classic clones, while a defining feature of REAfinity Recombinant Antibodies is that they share a universal IgG1 isotype to reduce the number of isotype controls required.

A growing number of options

With many antibody manufacturers working tirelessly to expand their range of recombinant antibody products, researchers have multiple options available when it comes to flow cytometry. Novel, off-the-shelf antibody reagents are designed to address various research needs, and several companies (including Absolute Antibody, BioLegend, and Abzena) additionally offer custom antibody engineering services such as species switching, isotype switching, or the generation of partial length antibodies (such as F(ab) and F(ab’)2 fragments that lack an Fc region) to further increase flexibility around experimental design.

Included among the commercial products on offer, Abcam’s RabMAb® recombinant rabbit monoclonal antibodies combine the superior antigen recognition of the rabbit immune system with recombinant technology to enhance detection of low abundance targets and subtle antigenic differences such as post-translational modifications, while Active Motif’s AbFlex® antibodies contain a sortase recognition motif (LPXTG) for covalently linking fluorophores or other labels in a directed and reproducible manner. BioLegend’s recombinant antibody products include novel reagents for SARS-CoV-2 research, while other companies leveraging the benefits of recombinant technology include Enzo Life Sciences, Bethyl Laboratories, and Proteintech, to name but a few.

Whatever type of antibodies you are using, the same panel design considerations still apply. Use FluoroFinder’s Spectra Viewer to quickly compare over 1000 fluorochromes from all suppliers in one intuitive platform, and turn to the Panel Builder to optimize your multiplexed experiments with the very latest fluorochrome and antibody offerings across >60 suppliers. Whether you are looking to reduce background signal, shorten your workflow, or increase panel size, get the best out of every flow cytometry experiment by using our platforms to support your research.