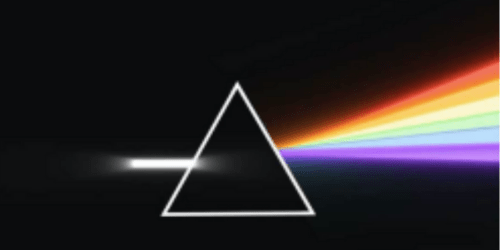 The inability to resolve signals with overlapping color spectra has traditionally limited fluorescence microscopy to a “color-barrier” of 5 colors. However innovative new developments in microscopy techniques and analysis software are allowing researchers to resolve more biomarkers than previously possible.  Here we detail two new color unmixing algorithms and a new antibody application method for multicolor microscopy.

Bleach-assisted multichannel microscopy (BAMM) is an exciting new multiplexing method that has been developed by researchers at RMIT University in Melbourne Australia. It relies on the unique photobleaching characteristics of each fluorophore to resolve overlapping signals (PMID: 29984077). Photobleaching refers to the dimming of fluorophores overtime after excitation. Because each type of fluorescent label photobleaches at a known rate, researchers use a novel unmixing algorithm to distinguish fluorophores with nearly identical emission spectra based on their unique photobleaching signatures. Combining this photobleaching information with traditional fluorescent data allows for the analysis of 2-3 times more markers per sample. Although the BAMM analysis algorithm is not yet publicly available, the technique promises to greatly improve the quality and quantity of data attainable by fluorescence microscopy experiments.

Another new linear unmixing algorithm developed by researchers at the Marine Biological Laboratory and Brown University allows simultaneous imaging of fluorophores with highly overlapping spectra. Their spectral image analysis algorithm “greatly expands the number of distinguishable objects labeled with binary combinations of fluorophores by utilizing a priori knowledge about labeled specimens and imposing a binary label constraint on the unmixing solution” (PMID: 27391327). Amazingly, this labeling and analysis strategy is used to identify and distinguish 120 different microbes labeled by fluorescence in situ hybridization in a single image

A new multiplexing technique dubbed madSTORM (multiplexed antibody dSTORM) imaging has been developed by researchers at the National Cancer Institute. Their method employs sequential binding and elution of fluorescent antibodies to obtain high precision single molecule localization microscopy targeting multiple molecules in the same cell (PMID: 28671659). The stacked images can then be digitally realigned and corrected for drift. The authors provide a detailed protocol demonstrating their technique in activated T-cells. Although the method has not yet been fully optimized, it shows potential for many applications.

Together, these new developments suggest an upcoming ‘color revolution’ in the fluorescent microscopy field. Soon researchers will most likely be able to label samples with many more colors than previously thought possible. However, planning such elaborate multiplexed experiments can be complex and time-consuming. This makes experiment design tools such as FluoroFinder especially important.