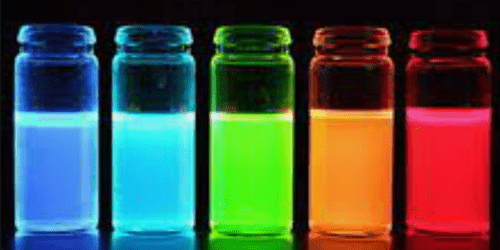 The widespread adoption of fluorescence applications is a testament to the importance of fluorescent dyes in biochemical and biological research. The speed, reproducibility, and sensitivity of fluorescence-based analysis methods explain their rapid adoption in all diagnostic and research labs.  Innovations in fluorescence technologies are still driving the development and optimization of fluorescence dyes for advanced cellular and molecular analysis. Here is a brief overview of how it all began and the pioneers that made it possible.

A fluorophore is an organic molecule that emits photons upon excitation by electromagnetic radiation. The principle behind this process is known as fluorescence. It is based on the ability of a molecule to absorb light energy to reach an excited state. The excited molecule rapidly (1-10 ns) returns to the ground state emitting the excess energy as light at a longer wavelength. Part of the energy absorbed during excitation is dissipated by molecular quenching or intersystem crossing. Lower energy photons (longer wavelengths, lower frequency) are thus emitted. This is known as the Stokes shift and explains the differences between the excitation and the emission spectrum of a fluorophore. 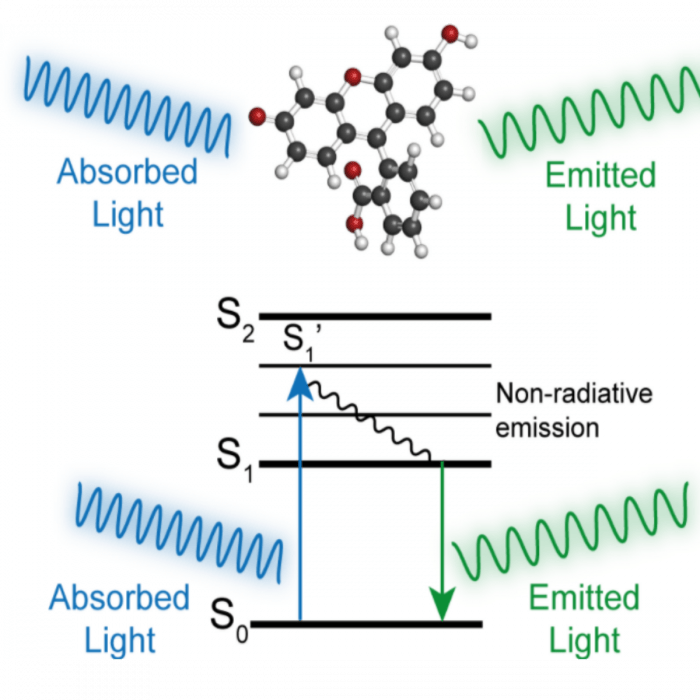 Figure 1. Jablonski diagram -As a fluorescent molecule absorbs energy from incident light, the energy state is excited from a stable low energy ground state (S0) to several unstable higher energy levels. Within nanoseconds, some energy is lost to non-radiative emission and the molecule adopts a lower energy state (S1). The molecule then returns to the ground state emitting light at lower energy. This shift in wavelength between absorption and emission is known as a Stokes shift.

Let there be light

Long before fluorescent dyes became indispensable tools in chemical biology Bernardino de Sahagú, a 16th-century Franciscan missionary and ethnographer, observed that Lignum nephriticum (Latin for “kidney wood”), a traditional Aztec diuretic derived from the wood of two tree species, (the narra, Pterocarpus indicus, and the Mexican kidneywood, Eysenhardtia polystachya) was capable of inferring fascinating opalescent hues to the water it came in contact with. This fluorescence emission was later attributed to matlaline, the oxidation product of one of the flavonoids found in this wood [1]. Although other observations of the phenomenon were reported, the term “fluorescence” was coined only 300 years later by George Gabriel Stokes after observing the emission of light when a solution of quinine in ethanol was irradiated with UV radiation isolated with a prism [2]. Less than 20 years later the first fluorescent molecule was synthesized by Adolf von Baeye. By heating phthalic anhydride and resorcinol over a zinc catalyst he obtained a deep red powder that emitted an intense yellow-green fluorescence in the presence of alkaline solutions. Baeyer named this compound “resorcinphthalein” [3]. Today it is known as fluorescein (figure 2) and serves as the scaffold for the most widely used class of fluorophores: the xanthene-based fluorescent dyes.

In  1887, the industrial chemist Ceresole [3] obtained a new class of highly fluorescent dyes with red-shifted spectra. He named them Rodhamines, from the greek rodhon, rose – the color of the novel compounds. One interesting property of rhodamines is the effect of the polarity of the solvent on their color and fluorescence emission. When dissolved in non-polar solvents the dye is in a colorless closed lactone form while the protonated open form is colored and fluorescent. This feature and the ease of synthesis make rodhamines ideal building blocks for the construction of photoactivable dyes. Rhodamine dyes provided greater photostability, pH insensitivity, and longer emission wavelengths relative to fluorescein. Popular rhodamine dyes include Oregon Green, Texas red, and several Alexa Fluor® dyes.

In the 1970s, the chemist and amateur photographer Alan Waggoner began his quest to synthesize photostable, water-soluble, and non-cytotoxic dyes. Inspired by the cyanine family of dyes used at the time to produce colors on photographic films, and despite being color-blinded, he began systematically modifying the structure of cyanine dyes to make them successful for use in living cells. His work produced the cyanine (Cy) family of dyes, which includes Cy3 and Cy5, some of the most commonly used fluorochromes in biomedical research. Cyanines increased brightness and photostability made them a great alternative to conventional dyes such as fluorescein and rhodamine. For example, Cy5 became a popular replacement for far-red fluorescent dyes because of its high extinction coefficient and its fluorophore emission maximum in the red region where many CCD (Charge Coupled Device) detectors have maximum sensitivity and biological objects give low background interference. [6]

One of the main application of fluorescent dyes is for labeling biomolecules. The attachment of fluorescent probes to biomolecules is the basis of any experiment using fluorescence detection. The most widely used fluorescent bioconjugates are labeled-antibodies. Used in numerous applications including flow cytometry, immunofluorescence, microarrays, fluorescence ELISA,  western blotting, and super-resolution microscopy, conjugated antibodies are indispensable tools in any research lab.

The increasing adoption of fluorescence-based multiplex analysis methods and the emergence of super-resolution imaging techniques continue to drive the development of new dyes with improved photochemical properties. Increased brightness and photostability, higher molar extinction coefficient and quantum yield, long fluorescence lifetime,  increased water solubility, and narrow emission profiles are highly sought characteristics in the newest generation of dyes. Of particular interest is the expansion of available dyes with emission in the near-infrared range (NIR) as they provide not only a  way to build increasingly larger flow cytometry panels but also offer strong tissue penetration and low phototoxicity for fluorescent imaging of complex biological samples [7].

FluoroFinder’s platform provides access to the tools and resources needed to design fluorescence experiments and to choose the best dyes and conjugated antibodies for fluorescence analysis and detection. For example,  FluoroFinder’s  spectra viewer can be used to: