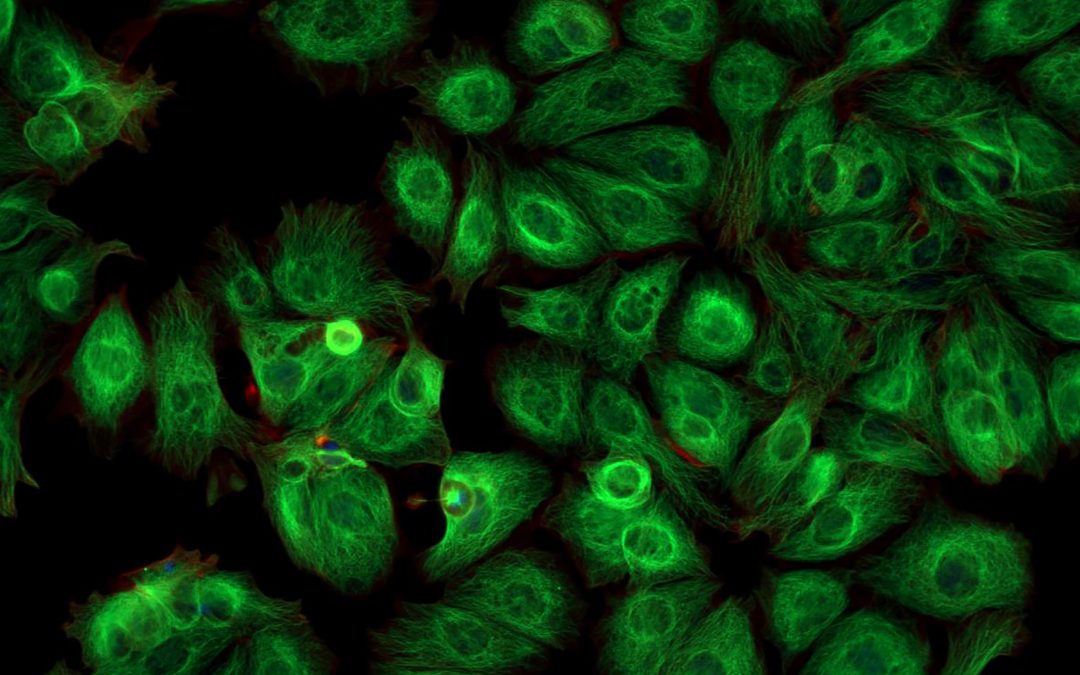 Fluorescent proteins have enabled countless scientific discoveries, but they have their limitations

For decades, researchers have been fascinated by the ability of certain living organisms to emit light. However, it was not until 1962 that this phenomenon was first attributed to a protein. That protein, isolated from jellyfish tissues and given the rather unimaginative name Green Fluorescent Protein (GFP), has since been used extensively for scientific research, often through its recombinant expression with protein targets of interest. Subsequent engineering of GFP and the discovery of other fluorescent proteins has driven the development and uptake of various fluorescence-based techniques. When performing these types of experiments, it is important to consider the advantages and disadvantages of fluorescent proteins and how these might impact experimental design.

Discovery and evolution of GFP

GFP was first discovered in 1962, when it was isolated from the jellyfish Aequorea victoria as a by-product of the bioluminescent protein aequorin. At that time, it was observed to produce bright green fluorescence when exposed to ultraviolet light, suggesting an energy transfer from aequorin (which produces blue luminescence) to GFP to cause the green emission seen in vivo. Sequencing of the GFP gene in 1992 paved the way to its use as a recombinant protein tag and, just two years later, it was shown to produce a measurable fluorescent signal when expressed in bacteria and worm cells. During the mid-to-late 1990s, GFP was engineered to form a series of color-shifted genetic derivatives, including yellow, blue, and cyan fluorescent proteins, as well as a cyan-excitable green fluorescing variant known as enhanced green fluorescent protein (EGFP).

The popularity of GFP led to demand for proteins fluorescing at other wavelengths and prompted efforts to identify similar biomolecules in other organisms. In 1999, six GFP homologs with fluorescence emissions ranging from cyan to red were discovered in non-bioluminescent reef corals (Anthozoa), demonstrating that GFP-like proteins are not always functionally linked to bioluminescence. These were then complemented by fluorescent proteins isolated from copepods, a group of tiny crustaceans just 0.5 to 2 mm in length; amphioxi, primitive, fish-like creatures that are often found buried in sand; Deinococcus radiodurans, a bacterial species best known for being radiation-resistant; and Japanese eel, which produces a fluorescent protein that is activated by ligand binding. Among the countless fluorescent proteins in use today are mCitrine, mVenus, TagBFP, tdTomato, mCerulean3, mApple, mKate2, and mNeptune, as well as the phycobiliproteins allophycocyanin (APC) and phycoerythrin (PE), which are derived from red algae and cyanobacteria, and peridinin-chlorophyll-protein (PerCP), a light-harvesting protein found in phytoplankton.

Fluorescent proteins are used for a broad range of research applications, including as reporters of gene activity when incorporated into an expression vector and controlled by the same promoter as the target gene. They are also used for labeling and visualizing proteins in living cells, monitoring protein distribution and dynamics within subcellular compartments, and tracking specific cell types within tissues. Additionally, where fluorescent proteins are conjugated to antibodies or other biomolecules, they provide a critical means of detection for immunoassay techniques such as flow cytometry, fluorescence microscopy, Western blotting, immunohistochemistry (IHC), and fluorescence-based immunosorbent assay (FLISA), a method analogous to ELISA.

Advantages and disadvantages of fluorescent proteins

A main advantage of fluorescent proteins over synthetic dyes is that their capacity for expression in cells, tissues, or living organisms lets researchers study biological processes in situ. On the flipside, the large size (typically ~25 kDa) of many fluorescent proteins can compromise the function of co-expressed biomolecules or prevent labeled antibody reagents from accessing their targets. Beyond these general considerations, it is important to remember that every fluorescent protein will have distinct features and benefits that must be evaluated when determining its suitability for use in a particular application. For example, while GFP is an established biomolecule, cited in many thousands of publications, the light used to excite GFP may also excite naturally occurring components of cells or growth media, causing unwanted autofluorescence. And, while blue and cyan fluorescent proteins do not suffer from this issue, they are not as bright as GFP, meaning they may be unsuitable for detecting scarce analytes. Where fluorescent proteins have been covalently linked to synthetic molecules to form tandem dyes, they provide increased flexibility for panel design in multiplexed applications.

With so many fluorescent proteins and other fluorophore reagents now available, selecting a product to meet a specific need can be a daunting task. Fortunately, FluoroFinder has developed a suite of solutions to simplify fluorophore selection and panel design, saving researchers a lot of hard work. Use our Antibody Search function to streamline application-specific product selection and our Spectra Viewer to quickly compare over 1,000 fluorophores from all suppliers on one intuitive platform. Then, for panel design, turn to our Panel Builder to view the fluorophore and antibody offerings of >60 suppliers in a single resource. If you need additional guidance, our technical support team is always happy to help.

Sign up for our eNewsletter to receive regular updates about a broad range of fluorescence-based applications, including the very latest fluorescent proteins available for your research.