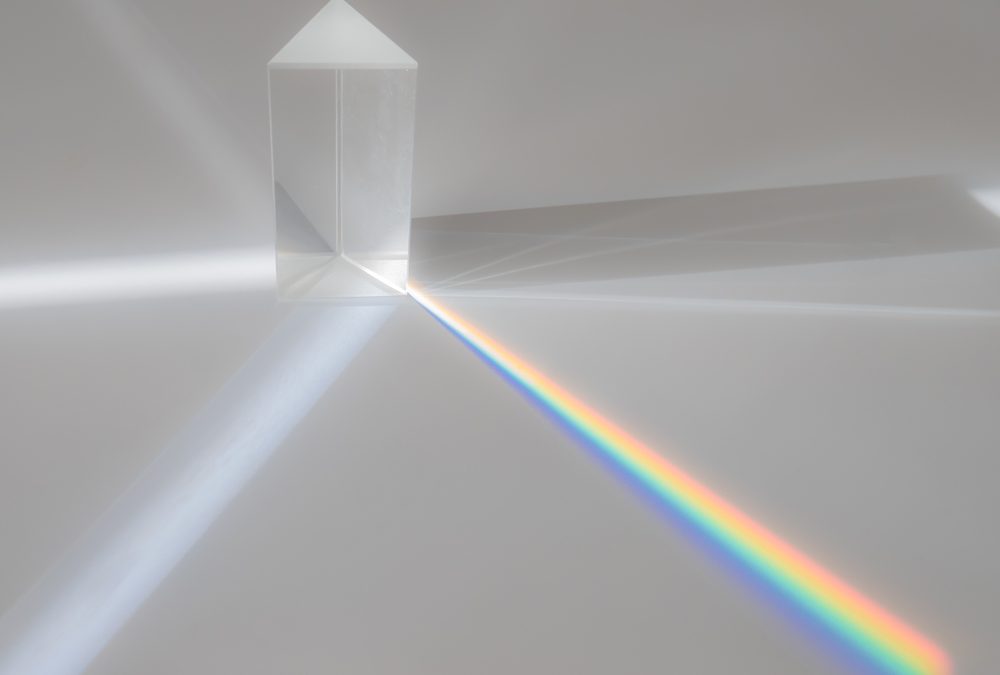 Both conventional and spectral flow cytometry have the same underlying principles: cells stained with fluorophore-labeled antibodies are directed in single file past one or more lasers at an interrogation point, then the resultant light scatter and fluorescence signals are used for cellular identification. The main distinction between the two technologies lies in how the signals are detected. During conventional flow cytometry, dichroic mirrors and optical filters guide different colors of light towards photomultiplier tubes (PMTs) or avalanche photodiodes (APDs) for detection, each of which measures a wavelength range corresponding to the emission maxima of a given fluorophore. Spectral flow cytometry instead uses gratings or prisms to separate the light, which is then parallelized by a specialized (collimating) lens and directed linearly across an array of PMT or APD detectors. This array records the full emission spectrum of every fluorophore, meaning that fluorophores with similar emission maxima but different off-peak emissions can be combined in the same panel due to having unique spectral signatures.

FluoroFinder tools now support spectral flow cytometry! Determining which combination of fluorophores is compatible with your spectral flow cytometer is easier than ever. Use our Spectra Viewer to visualize fluorescent data as generated on spectral analyzers so you can make the best fluorophore choices for your spectral flow cytometry instrument. Additionally, visit our Panel Builder, now with integrated similarity matrix data that enables users to choose compatible combinations of fluorophores for their specific spectral instrument from our 3 million strong, multi-supplier antibody product database. If you need any additional guidance, our technical support team is always happy to help.

Sign up for our eNewsletter to receive regular updates about flow cytometry-based research, including the very latest antibody and fluorophore offerings available to support your studies.