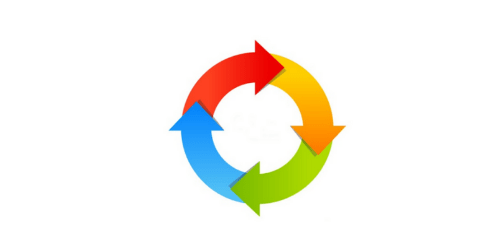 Flow cytometry cell cycle analysis typically involves using a DNA binding dye to determine each cell’s total DNA content. Sorting cells by cell cycle phase is then possible, as the total DNA content fluctuates as cells pass through G0/G1, S, and G2/M phases. Cells in G2/M phase have replicated their DNA in preparation for mitotic division and will have twice as much DNA as cells in G0/G1 phase. Cells in S phase are in the process of DNA replication and will therefore have intermediate levels of DNA. When choosing a DNA binding dye for your experiment, consider the following questions:

Use FluoroFinder’s antibody search tool to find conjugated antibodies from any supplier and compare fluorophores side-by-side on the spectra viewer. Use the following table of DNA-binding dyes to find the best option for your experiment.

For experiments where researchers need to further distinguish between G0 and G1 or G2 and M phases, cell cycle-specific markers can be used in combination with the DNA stain. G0 cells are quiescent or arrested and lack the cell cycle machinery necessary to begin the cell cycle. Therefore, negative staining for cell cycle machinery markers, such as cyclin D1 or cyclin E, may identify cells in G0 phase. Additionally, quiescent G0 cells transcribe RNA at much lower levels than G1 cells, so RNA staining may also be used to distinguish between these two phases. Cells in both G2 and M phases have twice as much DNA as G0/G1 cells. Fortunately, there are several markers that can help distinguish between them. Histone 3 becomes phosphorylated in mitotic cells between prophase and telophase, so phospho-H3 specific markers can identify M phase cells. Alternatively, Cyclin A is expressed in late S and G2 phases but is absent during mitosis. Once again, the cell cycle machinery marker Cyclin E may be used to separate early and late S phase cells, as its expression decreases from early to late S phase. In summary, DNA binding dyes and cell cycle-specific markers can be used to distinguish cells in each phase, giving researchers a powerful tool to understand how their cells are growing and replicating.