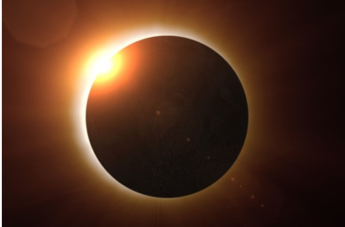 Autofluorescence refers to any naturally occurring fluorescence in cells.  This is most commonly caused by cyclic ring compounds or aromatic amino acids that naturally absorb low energy wavelengths (UV to blue) and fluoresce blue or green, making autofluorescence a particular problem when using a 488nm laser. Researchers have been devising methods to subtract or compensate for cellular autofluorescence since the earliest days of flow cytometry.  While there are many useful methods to quench autofluorescence and improve signal-to-noise ratio, the best practice is to always use appropriate controls to determine the specific level of autofluorescence present in each sample. It is also important to understand how various treatments may affect a cell’s autofluorescence.  For example, it has been shown that antibiotic treatments and other stressors can alter cellular morphology, resulting in increased autofluorescence levels.

The spectral ranges of most fluorochromes are significantly broad as to be measured by two or more detectors.  Also known as “spillover”, this spectral overlap across detection regions contributes to background fluorescence, particularly for highly multiplexed flow cytometry experiments.  This problem can be minimized through proper panel design, and any remaining spectral overlap can then be corrected via spectral compensation. FluoroFinder’s Panel Builder Tool facilitates multicolor panel design and reduces spectral overlap by

2) Dynamically eliminating options with excessive spillover as selections are made.

3) Displaying all panel selections on a single SpectraViewer to clearly visualize spillover regions.

Spectral compensation is a method of mathematically accounting for spectral overlap. “When applied appropriately, the emission bleed‐through intensity measured by a particular detector is mathematically reduced to the same median intensity as the negative population measured by that detector.  However, if the SD of the “bleed‐through population” is high, a so-called “spreading error” is added to the negative population in the compensated dataset, resulting in decreased sensitivity”. For more information on compensation, including best practices and recommended controls, check out our past newsletter on Compensation.

Undesirable antibody binding includes both non-specific binding and cross-reactivity. Non-specific binding occurs when an antibody binds to an epitope sequence other than the one it was generated against.  This problem can be eliminated by performing titration assays to optimize the antibody concentration and amount. Cross-reactivity occurs when an epitope is shared across multiple antigens, and the antibody specifically binds to the correct epitope on the wrong antigen. Researchers can avoid false signals due to cross-reactivity by using well-characterized antibodies and always performing appropriate controls. Antibodies may also undesirably bind to Fc-receptors, however, this can be minimized with appropriate blocking.